The BASL main committee is made up of three principal officers - the President, the Secretary and the Treasurer. The chairs of the British Viral Hepatitis Group (BVHG), the BLNA (British Liver Nurses' Association) and the British Liver Transplant Group (BLTG) also sit on the main committee, as do the leads of the four sub-committees covering services, research, education and training and public affairs and external relations.

The work of the Committee:

The Committee works together to promote BASL’s aims within hepatology and to represent the interest of its members. Committee Members are also involved in many areas of work on behalf of BASL including contributing to NICE consultations.

The current BASL Committee Members are as follows:

The Governing Board members are registered with Companies House in the UK as a Trustee (Director) of BASL.

Professor Guruprasad P. Aithal, Nottingham Digestive Diseases Centre, University of Nottingham
Professor Aithal is Professor of Hepatology and Head of the Nottingham Digestive Diseases Centre, University of Nottingham. He leads the Gastrointestinal and Liver Disorder Theme of National Institute for Health Research Nottingham Biomedical Research Centre. He is the Deputy Director of the Medical Research Council (MRC) Nottingham Molecular Pathology Node. He has over 160 publications with H index of 45 currently. His research interests include Drug-induced Liver injury (DILI), non-alcoholic fatty liver disease (NAFLD), epidemiology of liver and biliary diseases, and hepatobiliary imaging, in particular the development of fast, and inexpensive magnetic resonance imaging (MRI) method as a toll to stratify patients with chronic liver diseases.

Professor Matthew Cramp, Derriford Hospital, Plymouth
Matthew Cramp is a Consultant Hepatologist at Derriford Hospital in Plymouth and Professor of Hepatology at the Peninsula Schools of Medicine and Dentistry. He is Clinical Lead for the Peninsula HCV Operational Delivery Network and the regional representative on the HPB Clinical Reference Group and NIHR Hepatology Special Interest Group. In the south west, he helped in developing a full range number of specialist liver services and has been closely involved in building and establishing the South West Liver Unit at Derriford Hospital. His major clinical interests are in the fields of viral hepatitis and liver transplantation. In addition to developing clinical services he has established a growing research programme and leads the Hepatology Research Group at the Peninsula Schools of Medicine and Dentistry with an active programme of clinical and laboratory research studying mechanisms of protection from hepatitis C virus infection as well as studies on fatty liver disease, alcoholic hepatitis and hepatocellular carcinoma. He has been an active member of BASL for many years having previously served as a BASL committee member and more recently as BASL Treasurer. Matthew has long been an advocate for improving liver services nationally through the model of multi-professional working, the building of strong clinical networks as developed in the southwest, and work with the National Liver Disease Strategy and Lancet Commission on Liver Disease in the UK.

Dr Tim Cross, Royal Liverpool Hospital
Dr Tim Cross qualified from St. Bartholomew's Hospital Medical School in 1996. He undertook general gastroenterology on the NE Thames rotation and underwent hepatology training, including transplant hepatology, at Kings College Hospital, Cambridge and the Royal Free London NHS Foundation Trust. He then worked as a consultant for three and a half years in the South West Liver Unit in Plymouth before relocating to the North West.

Professor Michael Heneghan, Clinical Director for Liver Services, Consultant Hepatologist & Reader in Hepatology, Institute of Liver Studies, King's College Hospital
Dr Heneghan graduated from University College Dublin in 1992 and trained in Gastroenterology and Hepatology at University College Hospital Galway, Kings College Hospital London, and Duke University Medical Centre. He also was an AASLD sponsored Advanced Fellow in Hepatology in 2000. Dr Heneghan was appointed as an Assistant Prof in Gastroenterology at Duke University in 2001 and served as Medical Director of Liver Transplantation until 2003. He returned to Kings College Hospital London as a Consultant Hepatologist with an interest in autoimmune liver disease and liver transplantation in 2003. His research interests have focused around Autoimmune Liver Disease, Liver Transplantation, Pregnancy Related Liver Disease and aspects of Chronic Liver Disease. He has published over 100 papers in peer-reviewed journals and over 25 book chapters. He has a strong commitment to education having acted as a supervisor for postgraduate trainees, MD students and Ph.D. students. Dr Heneghan has also been an active participant in local and national recruitment of trainees.

Michelle is passionate about championing quality care for people with liver disease. She has been integral in launching the British Liver Nurses’ Association (BLNA); she also holds a steering committee position on the RCN’s Gastrointestinal Forum. Michelle has a large portfolio of publications and speaks both nationally and internationally on care considerations for people with liver disease and liver transplantation. Michelle led and successfully launched the “Caring for People with Liver Disease: A Competence Framework for Nursing” in February 2013 and collaborated with Lynda Greenslade to update the framework in September 2015. She has recently been asked to join the EASL concerted action group for nurses to raise the profile of liver nursing across Europe.

Dr Ian Rowe, University of Leeds
Dr Ian Rowe trained at the University of Glasgow and, following general medical training at Queens Medical Centre in Nottingham, specialised in Gastroenterology and Hepatology in Birmingham.  He was awarded a Medical Research Council Research Training Fellowship in 2009 and subsequently an NIHR Clinical Lectureship at the University of Birmingham and the Liver and Hepatobiliary Unit at the Queen Elizabeth Hospital Birmingham.  In 2015 he was appointed as a University Academic Fellow at the University of Leeds and Honorary Consultant at the Leeds Liver Unit.  His main research interests are in improving the outcomes of patients with liver disease and those following liver transplantation.  His clinical practice is in hepatocellular carcinoma and liver transplantation.

Dr Victoria Snowdon, Addenbrooke’s Hospital, Cambridge
Victoria was appointed as a Consultant Hepatologist at Addenbrookes in 2018. She qualified from Nottingham University in 2003. Her first exposure to Hepatology was working with Matthew Cramp in the Southwest in her medical house job, which enthused her to pursue a career in Hepatology. In 2010 she was awarded a Wellcome Trust Scottish Translational Medicine and Therapeutics Initiative (STMTI) to complete a PhD investigating renal dysfunction in cirrhosis and the role of Relaxin as a therapeutic modulator in liver disease at the University of Edinburgh, with Prof John Iredale, Prof Jonathan Fallowfield and Prof Peter Hayes. During these three years she worked in the Scottish Liver Transplant unit as a clinical fellow. She undertook her advanced liver year in Addenbrooke’s in 2014-15.  She pursued further research and clinical training at Royal Free before finishing her training at Addenbrooke’s Hospital.  Her academic and clinical focus is Hepatocellular carcinoma, Portal hypertension, Renal dysfunction in cirrhosis and education.

Professor Brian Davidson, Royal Free Hospital, London
Professor Davidson is a consultant surgeon with a major interest in HPB surgery and liver transplant. He is UK editor of the Cochrane HPB group for evidence based healthcare and director of the UCL MSc in evidence based medicine. He works closely with patient groups on research advances in the HPB field and leads a research programme involving evidence based healthcare, organ preservation and tissue engineering, image guided surgery and novel approaches to the treatment of HPB cancers.

Dr Tim Kendall, Senior Clinical Fellow in Pathology, University of Edinburgh and Honorary Consultant Liver Pathologist, Royal Infirmary of Edinburgh
Dr Kendall's research interests are liver fibrogenesis and primary liver cancer but he provides histopathological support for many other preclinical, translational and clinical studies. He is a member of the UK Liver Pathology group research subcommittee, and he promotes histopathological involvement in trials through membership of the CM-Path Clinical Trials workstream, the NCRI Hepatobiliary CSG subgroup, and his role within the Lothian NRS Human Annotated Bioresource. Dr Kendall graduated from Southampton University Medical School, and trained in pathology in Southampton and Edinburgh.

Professor Fiona Oakley, Newcastle University
Fiona has an academic background in Physiology and Biochemistry having trained at Southampton University in Biological Sciences (BSc and Ph.D.). In 2000 she joined the Liver Group at Southampton University as a postdoctoral Research Scientist to study the role of NF-kappaB signalling in hepatic myofibroblast biology and liver fibrosis. In 2006 she was appointed to Lecturer at Newcastle University and was promoted to Professor of Fibrosis Biology in 2016. Her primary research interests focus on understanding the cellular and molecular mechanisms regulating liver fibrosis, regeneration and cancer.

Dr Abhishek Chauhan, University Hospitals Birmingham
Abhishek was appointed NIHR Academic Clinical Lecturer at the University of Birmingham in August 2017. He qualified from Birmingham in 2006 and continued his core medical and specialist training in the West Midlands. He was awarded a national Wellcome Trust Clinical Research Training Fellowship in 2013 and completed his PhD thesis on the molecular contribution of platelets to the pathogenesis of acute liver failure in 2017. His clinical interests include acute and acute-on chronic liver failure, liver transplantation, and optimising management of patients pre- and post-transplant. Dr Chauhan serves as associate editor on the board of Frontline Gastroenterology and as national trainee representative for BASL.

Dr Oliver Tavabie, King's College Hospital, London
Oliver is a Clinical Research Fellow based at King's College Hospital. He graduated from the University of Southampton in 2010 and subsequently was appointed as an Academic Foundation Doctor at the Royal Bolton Hospital. Following a year teaching at the University of St Andrews, he has undertaken his core medical and specialist training in South London. His research fellowship is focused on developing miRNA based biomarkers to predict outcome in liver disease and liver transplantation. He continues to have an interest in medical education and currently is a member of the MRCP part 2 exam board.

Dr Jane Hartley, University Hospitals Birmingham
Dr Jane Hartley is a Consultant Paediatric Hepatologist at Birmingham Children’s Hospital and clinical lead for the liver unit. She studied medicine at Leeds University before moving to Birmingham to train in paediatrics and then hepatology. Jane was awarded an MRC research training fellowship to complete a PhD in the genetics of liver disease where she identified the first gene for Phenotypic diarrhoea of infancy, studied primary cilia in the pathogenesis of biliary atresia and the intraflagellar transport system in ciliopathies resulting in publications in Nature Genetics, Nature immunology and Gastroenterology. Her current practice includes general paediatric hepatology and intestinal transplantation. She is an active member of the research committee for Children’s Liver Disease foundation.

Dr Simon Rushbrook, Consultant Hepatologist, Norfolk and Norwich University Hospitals
Dr Rushbrook qualified in 1997 from the United and Medical Dental Schools of Guys and St Thomas’s. Having completed his House jobs in London he moved to Cambridge where he completed a 4 year PhD establishing the role of T regulatory cells in chronic viral hepatitis. During this time he gained experience in Liver transplantation and acute and chronic liver disease. He then undertook a further 3 years of training on the Cambridge Liver unit during his registrar training. During his PhD and training he undertook ERCP and EUS training and developed an interest in hepatobiliary disease, particularly PSC. During this time he has established a consortium of UK investigators to determine the genetic basis of PSC. His goals are to alongside his colleague Martin Phillips to develop a 2nd level hepatology unit for the East Anglian region. 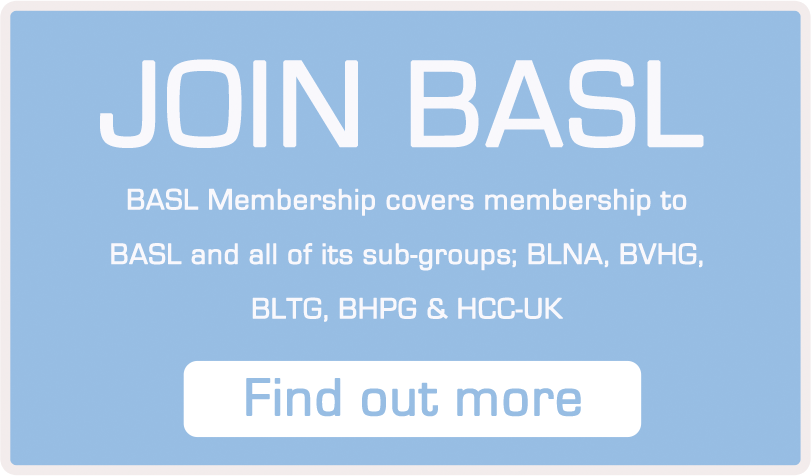